Our locations sprawled across all seven kingdoms (Gainesville, Jacksonville, Orlando, Davie, Tallahassee, St. Pete, and the newly-opened Kissimmee) are working together to not only conquer your beast of an appetite, but to settle an old rivalry of fire versus ice once and for all.  How you ask? An epic battle between the two.

Are you Team Fire🔥 or Team Ice❄️?

(Spoiler: There’s no wrong side here so long as your hangry beasts are tamed💪🏼)

For a limited time, Bento is offering the ICE Bowl, which debuts our chilled sesame noodles. Also featuring tuna poke, cucumber, edamame peas, tempura flakes, nori and scallions, the ICE bowl satisfies those in the mood for a cool, refreshing bite.

House of Red vs. House of Blue

Starting out, Bento set out to become a local chill spot for students with its cool, laid-back vibe.

When Bento first opened its doors on Newberry Road in 2002, there were lots of neon blue lights, shiny black tables, and dark blue tile, reports a Gainesville Sun article covering the opening. 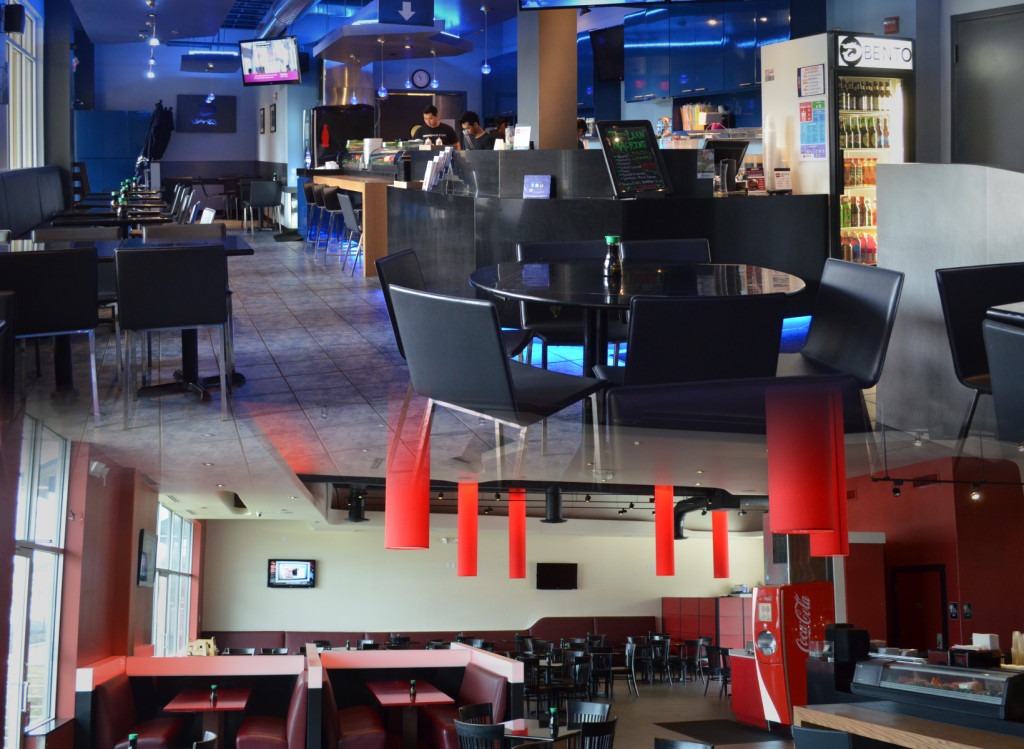 To meet the restaurant’s growing demand, the second location opened on Archer Road in Gainesville in 2007.

The second store offered a bright, lively atmosphere that has grown synonymous with the brand in a characteristic red.

Customers affectionately dubbed the newer store “Bento Red,” and the original or “O.G.” location as “Bento Blue” to differentiate the two.

Throughout the years, the restaurant group has added 11 more locations (and counting!) with each respective store themed red or blue.  With each opening, fresh design elements were introduced that, at the time, were unique to the location like the calligraphy wall in Davie and the bamboo light fixtures in Kissimmee. 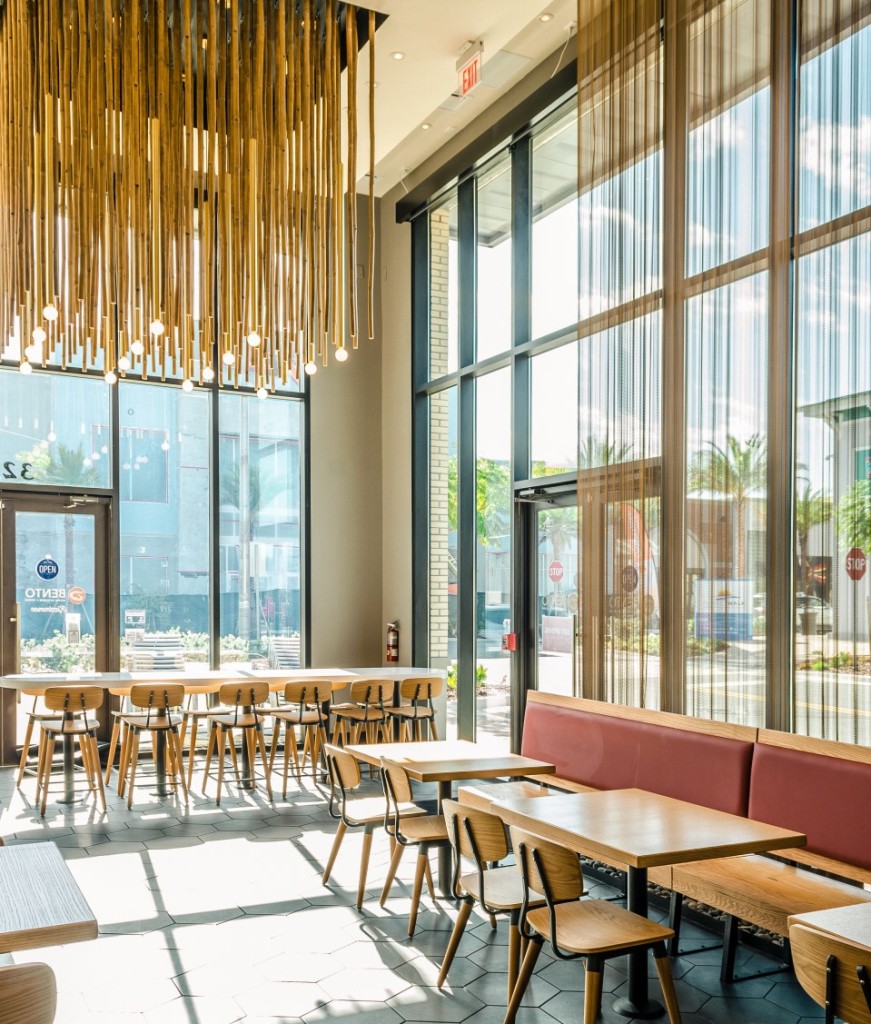 Even the signature Bento dragon sign has evolved over time – first being born as a backlit neon blue at the Newberry location, and making a recent appearance in a glossy red at the St. Pete location.

In more recent years, the restaurant group has stuck to what has now become known as the Bento signature red – for the time being. 😉

The red and blue motif goes beyond Bento’s design aesthetic. Have you ever noticed that one side of the menu is blue and the other is red?  That was no accident. The intention was to make Bento’s vast menu easier to navigate. Thus the red and blue menus were born.

The blue side of the menu, on the other hand, symbolizes water and sea. Therefore, it came to notate cold sushi rolls and poke bowls. Some ‘blue’ items, such as the Flying Dragon roll and Spicy Donburi, have been on the menu since the “O.G.” Bento first opened in Gainesville.

Whichever side speaks to you, there is no wrong way to Bento.

Despite the differences, every Bento is inherently the same at its core –  in its commitment to share with others the food its founders enjoy themselves.

While the restaurant group seeks to expand further, Bento works to uphold the founder’s original vision.

“Going into the 17th year and growing rapidly, we strive to deliver a fresh, quick, and casual dining experience without compromising quality.”
Johnny, co-founder

Here’s to battling all your inner (hangry) beasts,
The Bento Team